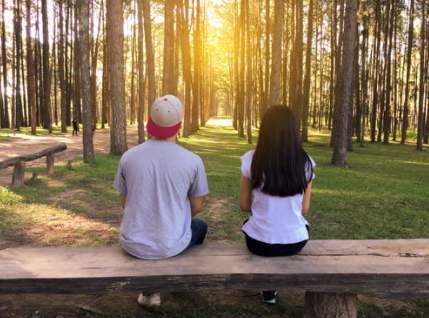 The modern society is trending towards a greater number of broken families, which immensely impacts the children’s health and growth negatively. Pre-marital relationships are complex and unclear, with the societal standards shifting, the concern for the future spouse of their children became a worrying issue for many Chinese parents. My husband and I often use Family Time to discuss this issue with our children, to understand their thoughts and those of their friends.

I remember when my two sons were in kindergarten, they often became flower boys during weddings. They are cute, open-hearted, and can bring about a laughter-filled atmosphere. Thus they are most welcome at many weddings, becoming almost professional flower boys. When the two sons were in grade three and four, they were again invited to become flower boys, however to our surprise they declined, saying they have grown up and don’t want to participate in activities with girls as their classmates and friends will laugh at them. That’s when I began to notice that the sons have started to have independent thoughts about the two genders and has started to grow out of the mixed gender groups.

During our recent family road trip, we maintained the Family Time custom. The two teenage sons discussed how their classmates view mixed-gender relationships. Initially, they will use their friends’ sleepovers to talk about it, whom they like, etc. however those are just crushes, without true action. When it comes to high-school, if they still have a crush on the same female, then they would encourage one another to confess their feelings and invite her to be his girlfriend.

According to their observation, the boyfriend/girlfriend relationship are often used to deal with loneliness. Having a friend of the opposite gender may perhaps be used to show off to their same-gender friends, to showcase their attraction, and not as a possible candidate for marriage. Only until university will the relationships created be a serious consideration for marriage.

For the two daughters who are young adults, their ideal spouse is someone like their dad, a person of responsibility and is a Christian.

The four children really like to listen to my husband and I’s relationship history. When the teenaged sons asked us whether we wanted to have girlfriends/boyfriends in school or university, I told them that we put all our effort into schoolwork because Taiwan has a greater emphasis on educational segregation. During my own teenage years, I know that we are not mature enough emotionally so I did not consider getting into a relationship even when prompted by boys.

My university degree is in Applied Sciences. After graduation, I took on a career involving computer automation, so regardless of whether I was in school or working, I was always the minority gender; but I was firm that my future spouse needs to be a Christian, with similar marriage and family values, so I took on training in order to become capable of spreading the gospel to my future boyfriend/husband.

The sons would ask my husband how he manages to convince me to accept entry into a relationship. I told them that we met during church fellowship. At that time, he thought that a prayer of acceptance of the gospel is enough to be counted as a Christian, but I asked him some fundamental theological questions and he couldn’t answer them. Because of my insistence on getting into a relationship only if the person in question is a Christian, he started reading the Bible, became baptized and zealously participated in church services.

My husband and I come from completely different family backgrounds, with diverse implications. I come from a family with 9 children and a Christian family full of love. However my husband is the only child in a single-parent family. At the age of three years old his parents separated, his mother worked hard to make ends meet and raised him on her own until she was diagnosed with cancer during his first year in university. His mother passed away when he was in the second year of university. It was only during this period that his father came into his life. If my husband was not a Christian, undoubtedly he would have hated his father, believing that his mother acquired cancer due to the irresponsible actions of his father.

The reason I decided to marry my husband is because of this statement: “First, can’t a person with a broken past not have a chance at a blessed family? I can’t choose my birth background, but I will try hard to become a good husband and a good father. Two, don’t put too much worth in me, because everyone is a sinner, and we all inevitably have weaknesses. You must pray for me. I am a child of God, if I deviate from the path, God will naturally correct me. Let us join together for God’s glory and build a Christian family.”

Due to the belief that Christians should have unconditional love, just as God has, my husband tries to overcome the thoughts of hatred. He went from hating his father to loving him. We have prayed for his father for thirty odd years. A few years ago, his father finally became a Christian, which is a very comforting event. We have experienced God in our life many times and the spouse which God provides us truly is someone who is “What no eye has seen, nor ear heard, nor the heart of man imagined.”

We stood firm in our faith in God, taking the courage to step into marriage, accepting our many differences, resolving broken verbal assaults into constructive criticism. Our diverse background became a blessing in our married life.

I encourage my four children to pray for a compatible marriage partner, to be proactive in preparing oneself for marriage, and to not be hasty in choosing a partner, marrying for the sake of marrying. I also taught them to believe in the prepared one which God has. It may not be the brightest, best in the eyes of those around, but it will be the most fitting.

The Three Dangers to Marriage

During recent years, I talked with many couples as part of my counselling service. I discovered three common threats to marriage.

I have met many good children, some even with pastor parents, with steady girlfriends which have been in stasis for 5 to 6 years, but not marrying. I asked them why not marry and the answer was shocking. Many say that it’s because male spend too much time playing video games, giving the girlfriend second thoughts about entering a marriage with such a person. If after marriage the video gaming behavior persists, then why marry? Better to be single than to marry someone who’s a video game addict. Some discussed the house rules for not spending so much time playing video games but then after getting pregnant in marriage, the husband started to lose oneself in video games once more without the watchful reminder of the overburdened wife. This is a serious issue and can be said to be part of married life’s dysfunctionality.

All in all, regarding the changing climate of society, from friendship to marriage is a twisted value. We can only use Family Time to communicate, and help our children have a constructive moral value in order to build more blessed families to have a better society tomorrow. 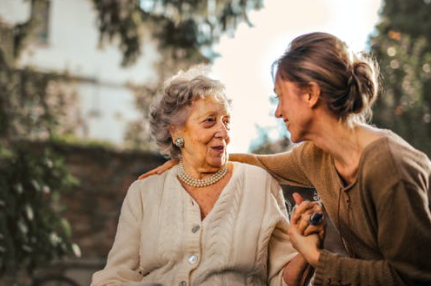 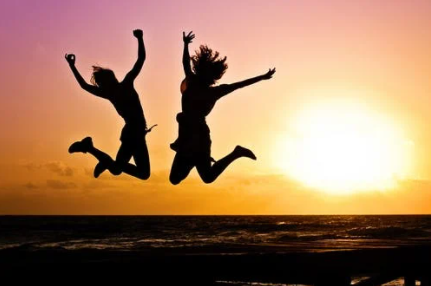 Many Chinese parents are worried about...